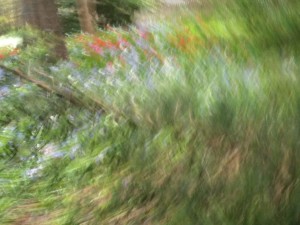 “The oak-leaves were to her like oak-leaves seen ruffling in a mirror, she herself was a figure somebody had read about, picking primroses that were only shadows, or memories, or words” (2005, p19).